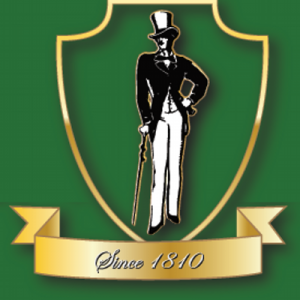 I have tried using other after shave products without the same success.  So many of the other products seem to be too strong for my clients.  The Pinaud Clubman after shave is not too strong and yet it still has a pleasant smell which my clients get compliments on when they come back from the barber shop.   Many of my clients tell me they have started using it at home because they enjoy the fragrance and even more important, their wives tell them they like it also.

I don’t know of any other barber shop products which have the long history of the Pinaud Clubman line.   I thought it was a mistake when I read that Pinaud Clubman was founded in France in 1810.   But that date is correct and today this line of fine men’s toiletries is found in most barber shops and men’s clubs in the country.  The Pinaud Clubman line offers a wide variety of men’s toiletries and grooming products including: world famous after shave lotions, talc, moustache wax, styptic and nick relief, shave cream, deodorant and hair tonics and gels.

I did some research on the company and found out that Edouard Pinaud  (founder) was born in Northern France around 1805.  He set out from a young age to learn the art of perfumery and by 1830 he established his first shop in the heart of Paris’ perfume district.  Edouard Pinaud was given the first royal patent by the court of Queen Victoria as the sole importer of perfumes, an honor that was followed by several other European monarchies of the time. Pinaud found himself in the enviable position of sole importer of fragrances to a majority of Europe.

Around this time Edouard Pinaud took over the Legrand Parfume House, a successful and prominent fragrance distillery that was established in 1810.   With this acquisition,  worldwide distribution of Pinaud perfumes had begun, and were becoming a household name. 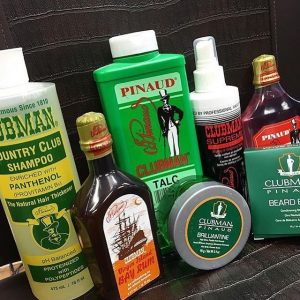 At that time Pinaud colognes were a bit expensive for the American market, so he went to work formulating lower cost alternatives to the regular Pinaud line.  One of their most famous products early on was Pinaud Bay Rum which has generated many imitators through the years.  The Pinaud Clubman line of products came about a few decades later in America and has been very popular ever since.

The Pinaud Clubman literature states the following,  “The after shave lotion is the quintessential after shave. Bursting with top notes of orange, bergamot and mouth-watering lemon with green nuances throughout. The floral heart of jasmine, orange flower and geranium dance with lavender and is completed with a warm musk background.  It cools and exhilarates, soothes tender skin, helps heal razor nicks, and has a suave, masculine fragrance.”

If you haven’t tried the Pinaud Clubman line of products, you might be pleasantly surprised by what you find.

SLC Barber-Client Consultation: Do This First

SLC Barber-Client Consultation:  Do This First The first thing I[...]