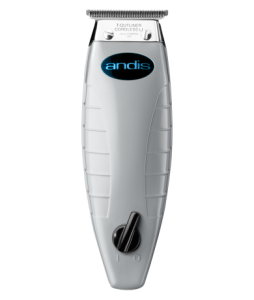 What is the difference between barber clippers and trimmers?  Clippers and Trimmers are used for two different purposes.  We use trimmers for one purpose at our downtown men’s barber shop in Salt Lake City.

That is to be the finishing touch on a men’s haircut by outlining or edging around the neck and ears to make it look clean and crisp. Usually a haircut does not look finished until the trimmers are used to edge up and create a clean outline on what the clippers started.

It is frustrating to me when I hear people refer to clippers and trimmers as the same thing. To compare the two is the same as comparing a lawn mower to an edger or trimmer. They do two completely different things.

The lawn mower cuts the majority of the grass in a most efficient manner. Then when the mower is finished, the final touch is provided by using the trimmer or edger to give the lawn a finished, manicured look that is impossible with just the mower.

Every good barber in downtown Salt Lake City has both a clipper and trimmer because they provide completely different functions.

What is the difference between the blades of clippers and trimmers?  Trimmers have a very fine cutting head for outlining, arching and design work. The cutting blade is usually available in two 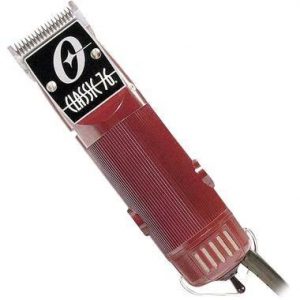 styles: a straight trimmer blade and a T-shaped blade as illustrated below.  The versatility and utility of the T-blade when trimming rounded or difficult areas makes it the first choice of many barbers and stylists.

The outliner is a very valuable implement for detail, precision design and fine finish work on haircuts and facial hair trims. The outliner or edger is used on such items as beard trims requiring great precision and detail, and doing head designs such as those on very short haircuts. 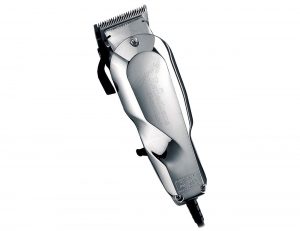 The trimmer just does finer and more detailed work than a clipper.  Both clippers and trimmers have their necessary function for a professional barber.  The same would be true of anyone who is cutting hair and wants it to look crisp and clean.

Then to finish the edging and trim work to make the haircut crisp and clean, the trimmers are used to perform their task.

Both do their part to contribute to a finished professional haircut.