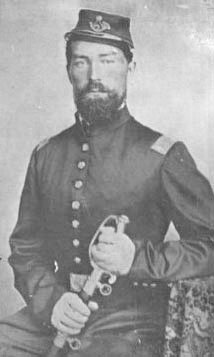 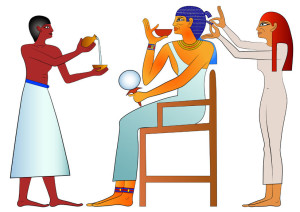 Barber history began as early as 6,000 years ago, barbering services were performed by Egyptian nobility. The crude instruments were usually formed from sharpened flint or oyster shells.

Barber history of the middle ages not only practiced by shaving, hair-cutting, and hair-dressing, they also dressed wounds and performed surgical operations. They were called barber-surgeons.

An interesting fact in barber history is that the barber-surgeons formed their first organization in France in 1096.

The barber’s company and the surgeon’s guild were united by law in 1450. The law was enacted so that no one during surgery should practice barbering and no barber should practice any phase of surgery except the pulling of teeth.

In 1745 a bill in barber history was passed separating barbers from surgeons. When the barber-surgeons separated, the barber kept the pole as their identification. The pole consists of red and white, or red, white and blue stripes. Red for blood, white for bandages and blue for veins.

Most men of the colonial times were smooth shaven and many of the rich wore wigs. Also in the colonial days, barbering was hardly considered a white man’s trade. Hence it was mostly confined to black barbers. Wealthy people became slave owners and the duty of the barber was shifted to the servants. 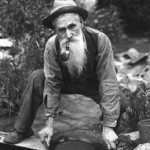 One of the most interesting facts in barber history was that George Washington was bled to death by his physician in 1799. He suffered from a prolonged windpipe infection. He died calmly counting his pulse at the age of 67.

By 1848, bloodletting instruments had disappeared from most doctor’s satchels. The beard did not come into its own until the Civil War, 1861-1865.

After the Civil War, with the influx of Dutch, Germans, Italians, and Swedish immigrants, the barber profession elevated.

The Civil War that closely followed the Western movement brought more changes to America, including the re-establishment of the barber shop as an accepted institution on Main Street.

The average shop at this time cost approximately $20 to equip and were ten by twelve feet in size. The shop consisted of a straight-backed chair with a head piece resembling a crutch, a basin of water, a piece of common soap and a brush, ‘setting’ chairs, and enough towels to last a week. “One towel to every ten to twelve customers.” Hair cuts were five or ten cents and shaves were three cents.

To some degree barber history followed US history.  As people moved westward, there was little time for wigs and personal embellishments. The pioneer life was a hard one. The men let their hair grow as well as their beards.

The Barbers Protective Union was formed on December 6, 1886, in Columbus, Ohio. 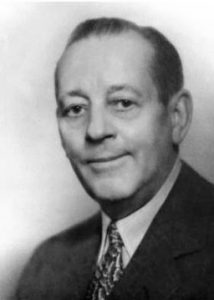 It was not until 1893 when A.B. Moler opened the first Barber School in Chicago. He also published textbooks at that time. 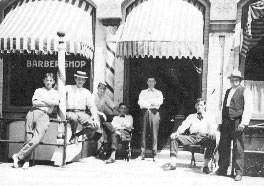 In 1897 the state of Minnesota passed legislation for a barber license. For the next forty years various states enacted legislation whereby barbers were licensed and inspected for sterilization to protect the public from disease. With the enactment of the licensing laws and stringent inspections, diseases such as impetigo, anthrax, ringworm and barbers itch are seldom heard of today.

During WWI, soldiers wore very short hair due to the frequency of body lice from trenches. No beards were worn and they shaved frequently so that gas masks would seal against the face.

An important event in barber history happened when The Associated Master Barbers of America was organized in 1924 in Chicago, Ill. 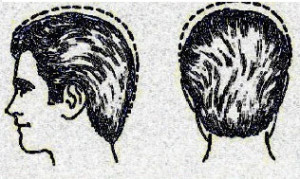 In 1959, Edmond O. Roffler developed the Roffler Sculptur-Kut technique, a method where barbers could earn big money and capitalize on long hair. The Roffler-Kut system started with 20 barbers.

In the early ’60s the Beatles set the stage for long hair. Many barbers who refused to learn the methods of cutting long hair were soon out of business.

The Roffler-Kut system now has over 6,000 barbers that have been trained in the Roffler Method. It is still being practiced today.

Can Propecia Really Help A Man’s Thinning Hair? I thought[...]

Why Is An Old-Style Traditional SLC Barber Shop Different?

Why Is An Old-Style Traditional SLC Barber Shop Different? The[...]